The zebrafish (Danio rerio) has become a popular model organism only relatively recently. It is a tropical fish from the minnow family with a genetic structure surprisingly similar to ours.

Model organisms are beloved by researchers investigating developmental biology, the progression of an organism from a fertilised egg into an adult. The most well-known of these models is the fruit fly (Drosophila melanogaster), but in the last fifteen years the zebrafish has been increasing in recognition.

The zebrafish is now a well-established model system whereas zebrafish research was mere small fry as recently as the 1990s. 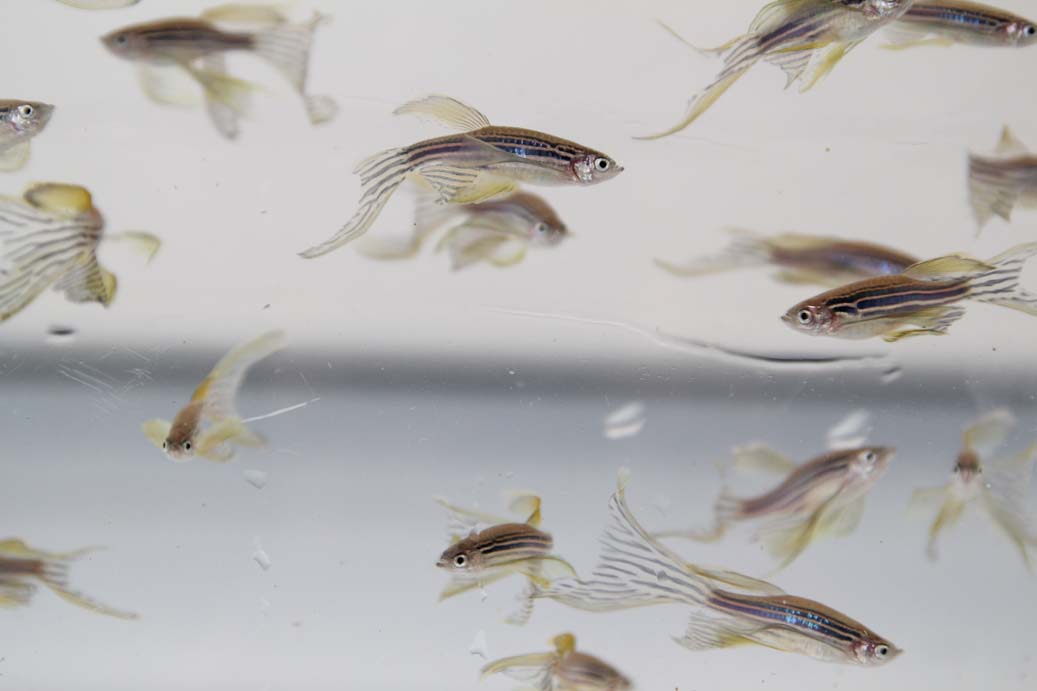 The history of the zebrafish

Although zebrafish research began in the 1960s, it is only since the 1990s/2000s that it has shot to prominence. It all began with George Streisinger, a tropical fish enthusiast at the University of Oregon.

Zebrafish embryos develop outside the body and can be viewed and manipulated at all stages.

George was interested in using a vertebrate model that was physiologically simpler than the mouse, so that he could study the development and function of the nervous system. In the early 1980s, a number of key papers from George and other scientists in Oregon brought the zebrafish to worldwide attention.

The zebrafish comes close to being the ideal model organism for vertebrate development because it appears to combine the best features of all the other models. Like the frog, zebrafish embryos develop externally and can be viewed and manipulated at all stages. However, the embryo is simpler than the frog, it develops faster and, like worms and fruit flies, it is transparent. 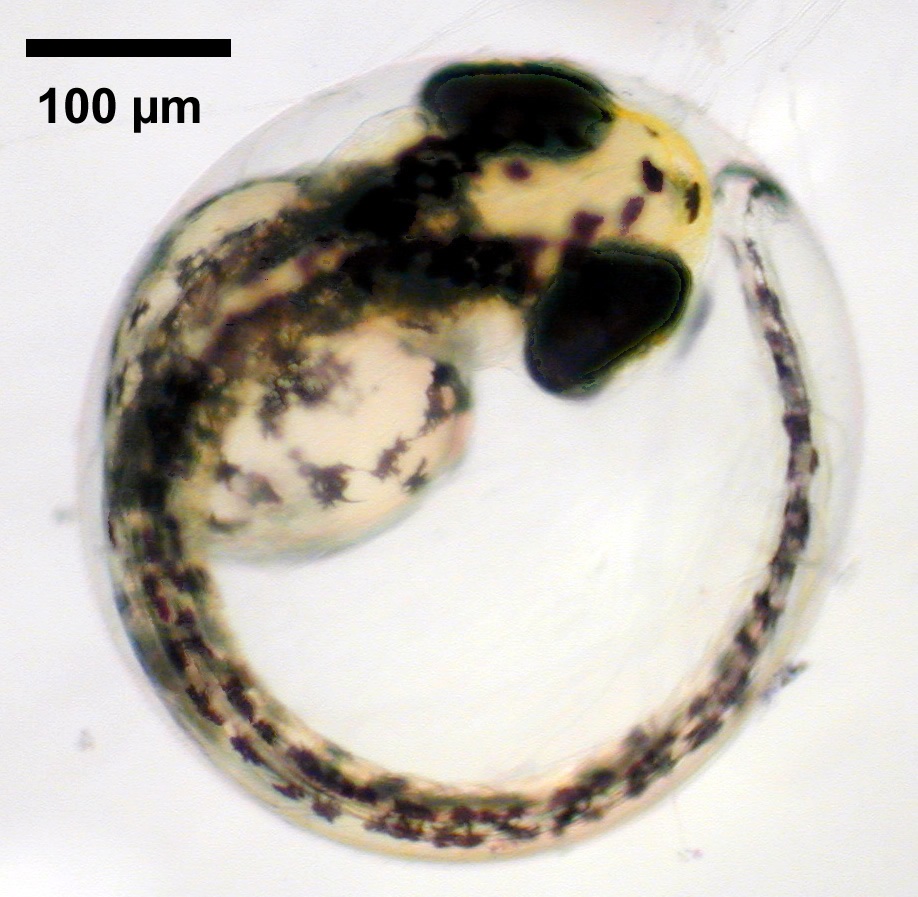 Like the mouse, the zebrafish can be used for genetic analysis and has a similar generation time of two to three months.

A mutation provides a ‘way in’ to understanding the role of the gene in normal development.

The big boost to the zebrafish field came when two big genetic screens searching for mutants were carried out in the early 1990s. The identification of mutants is one of the most important strategies for the study of development and indeed for many areas of biology. A mutation provides a ‘way in’ to understanding the role of the gene in normal development.

The zebrafish screens were led by Christiane Nüsslein-Volhard and Wolfgang Driever. Both had previously worked with the fruit fly Drosophila, in fact Christiane shared the 1995 Nobel Prize for her pioneering genetic screens that revealed the genetic control of early embryonic development in Drosophila.

However, doing a screen and finding a mutant is just one part of the story. Although you can see the effect of the mutation on the zebrafish embryo, you do not know which gene is affected. The identification of the faulty gene is very difficult, especially if there is no genome sequence to refer to. Scientists at the Wellcome Trust Sanger Institute therefore set about sequencing the zebrafish genome in February 2001. 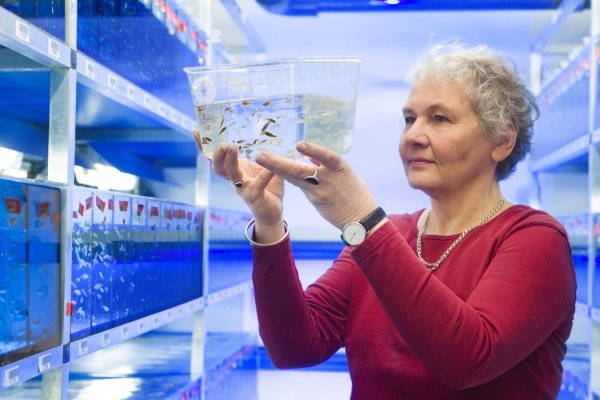 The fully sequenced zebrafish genome has acted as an invaluable reference tool for scientists.

The zebrafish genome project was started at the Wellcome Trust Sanger Institute in 2001 and was completed in 2013. Sequencing the zebrafish genome provided evidence of more than 26,000 protein-coding genes, the largest set of any vertebrate sequenced so far. It also showed that around 70 per cent of human genes have at least one similar gene in the zebrafish.

As with other model organisms, the fully sequenced zebrafish genome has acted as an invaluable reference tool for scientists. Not only does it help speed up studies of development, it also allows researchers to study the evolution of vertebrate gene function.

The zebrafish is often used to tackle questions that can’t be answered by studying other model systems such as frogs, chicks or mice.

Many studies involving the zebrafish complement those in other model organisms. The zebrafish is often used to tackle questions that can’t be answered by studying other model systems such as frogs, chicks or mice. This is primarily because of the ease with which scientists can study their genes.

Because the embryo is transparent it is possible to use fluorescent proteins to label specific cells and their components, and then use this to watch the fate of the cells in the presence or absence of different genes. The range of studies using zebrafish is expanding and so it is anticipated that fish will be adopted more and more by researchers in other fields. 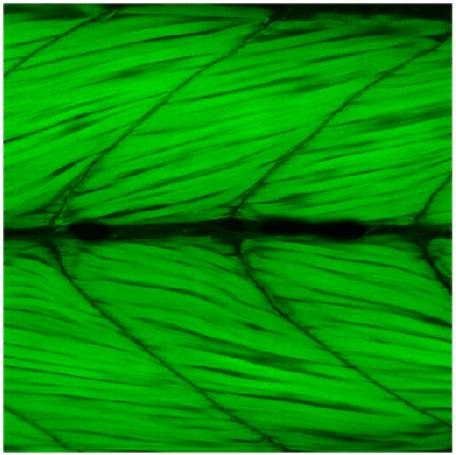 If you remove part of a zebrafish’s heart it can grow it back in a matter of weeks.

Currently, zebrafish are showing real promise in heart failure research because zebrafish have the unique ability to repair their own heart muscle.

For example, if you remove part of a zebrafish’s heart it can grow it back in a matter of weeks. It is hoped that the same principles could eventually be applied to humans with heart disease. If scientists can switch on the same genes in humans that allow zebrafish to repair their damaged tissue then people may have a better chance of recovering after a heart attack.

The zebrafish is also being used to identify the genes and pathways underlying a broad range of human diseases from cardiovascular and musculoskeletal disease to deafness and cancer. 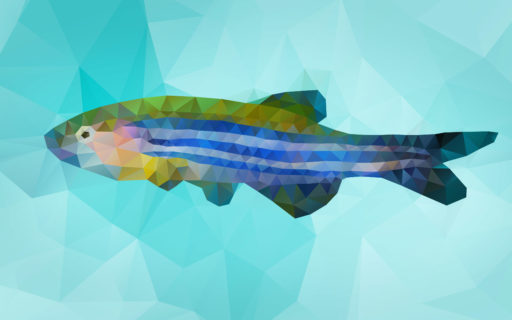 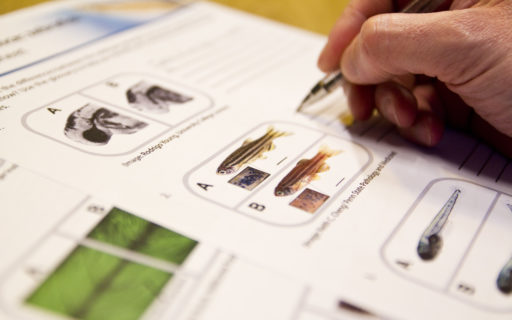 activities Spot the Difference: Zebrafish Step into the shoes of a genetic scientist and carry out a phenotype analysis with the model organism, zebrafish. 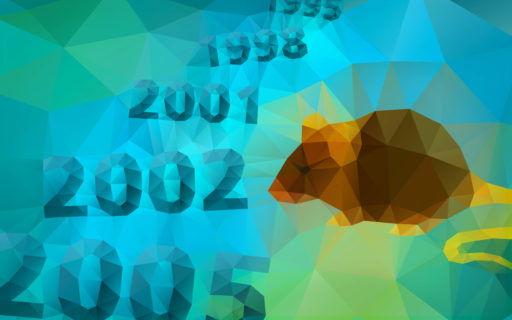