Splicing occurs during protein synthesis, and involves cutting out and rearranging sections of mRNA. 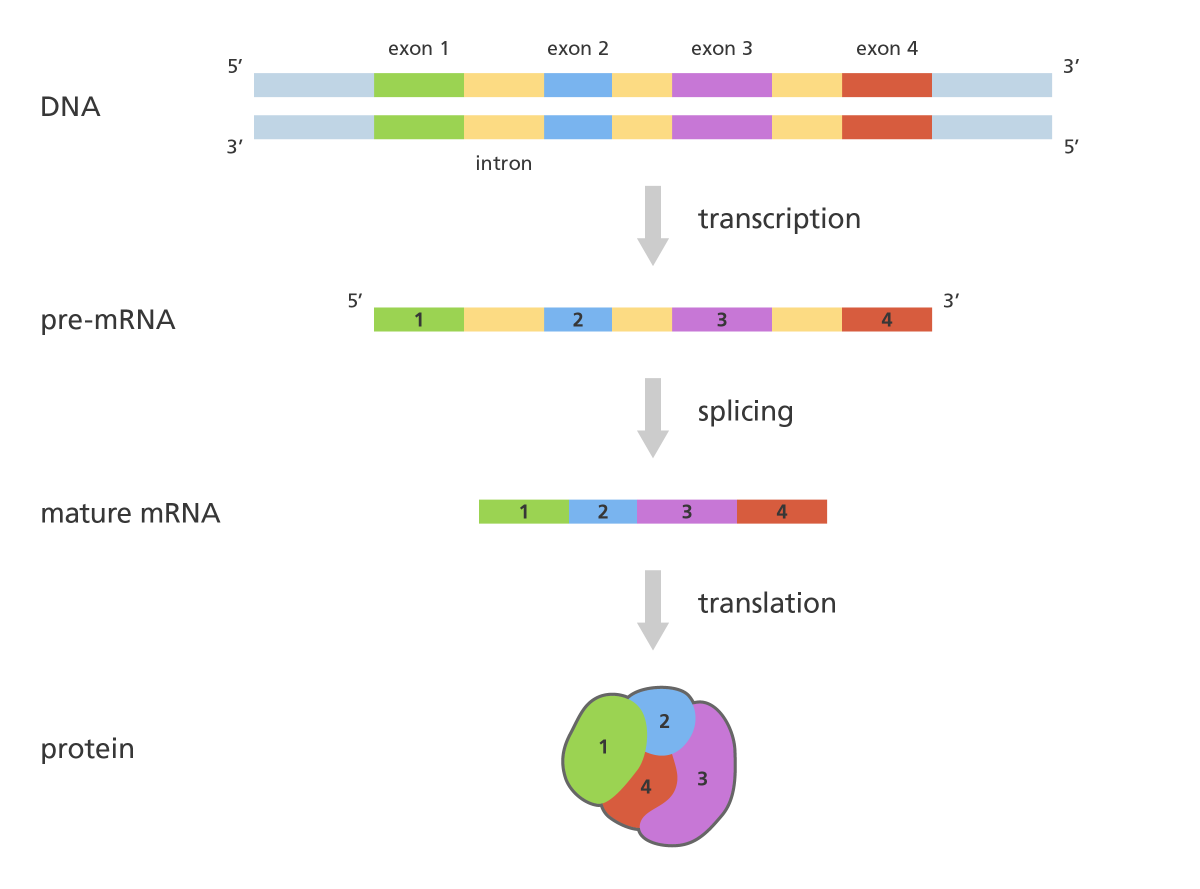 What is alternative splicing? 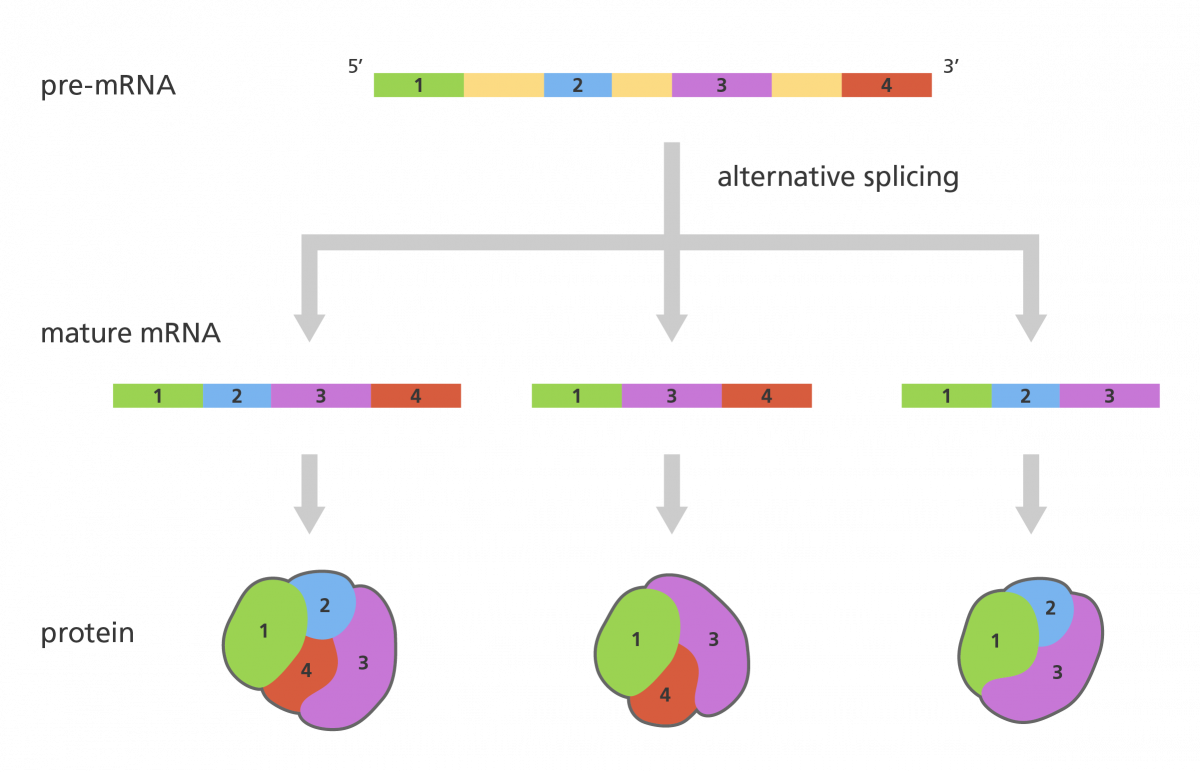 An illustration showing the key stages in alternative splicing, whereby multiple different protein products can be created from the same stretch of DNA and pre-mRNA.
Image credit: Genome Research Limited 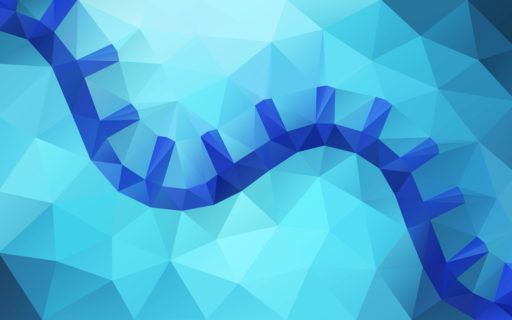 facts What is RNA? RNA is a nucleic acid similar to DNA, but with only a single, helical strand of bases. It plays a key role in turning DNA instructions into functional proteins. 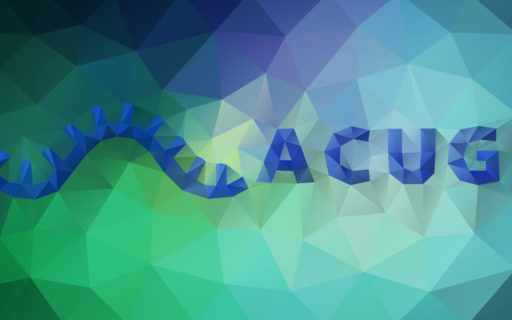 facts What is RNA sequencing? RNA sequencing is a technique used to identify the sequence of the bases that make up a molecule of RNA. 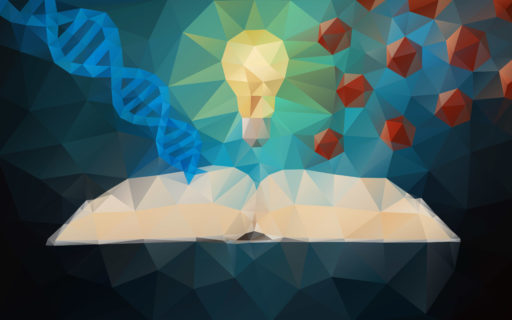 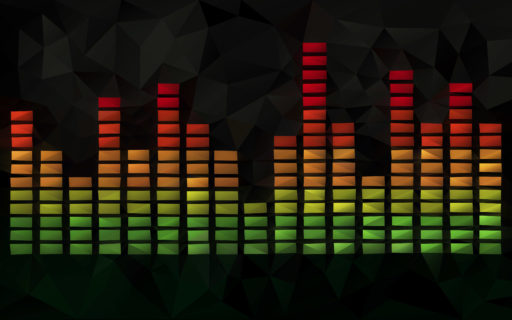 facts What is gene expression? Gene expression is the process by which the instructions in our DNA are converted into a functional product, such as a protein.